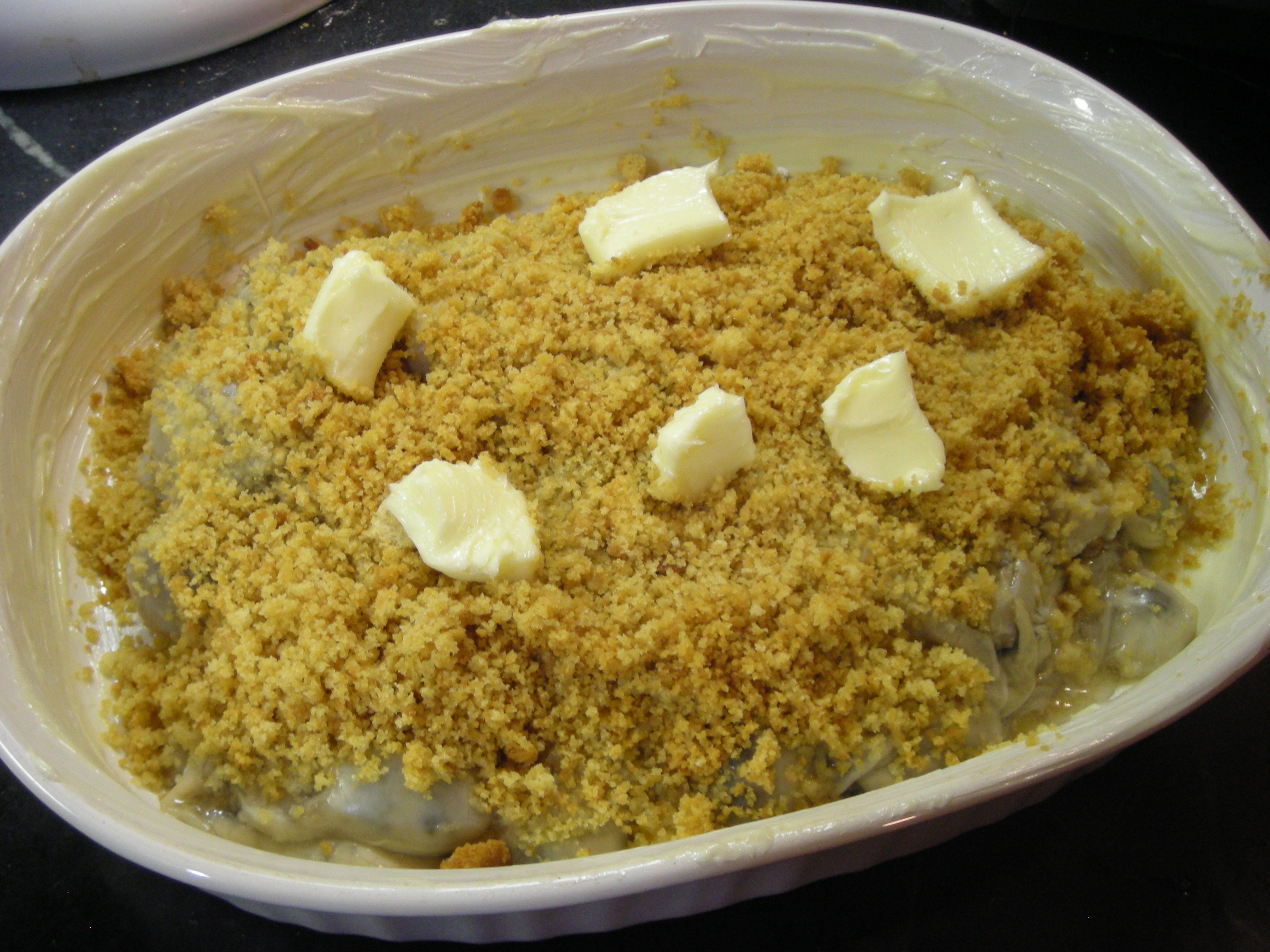 NOTES: Having no scallop shells to use I decided to prepare MR’s Scallop of Oysters in a shallow oval baking dish. While the oysters drained in a colander set over a bowl I toasted my homemade bread crumbs for 10 min in a ‘brisk’ oven of 375 degrees. Then just as MR directs I layered the oysters, bread crumbs, and butter. My take on this dish is that it does not need to bake long – maybe 30 minutes or so in a nice hot oven of 400 degrees.

MR’s use of a Dutch oven reflects her skill with hearth cookery. The large cast iron pot she knew as a Dutch oven stood on short legs so it could fit over a layer of hot coals. The lid of the pan had a ridge all around its edge so it fit tightly on the pot but allowed for coals to be heaped on it as well. Thus the food inside was baked evenly from both the top and bottom at once. The dish, or in this case the scallop shells, in which the recipe was to be baked was lifted above the floor of the Dutch oven by a short trivet so it baked surrounded by even heat. Very clever! The finished Scallop of Oysters should be browned, bubbly, and buttery but not soggy. With no precise amounts of ingredients given this is a dish that could be made for anywhere from one to 50!

Not to be wasteful I used the drained oyster liquor as the base for a simple chowder: sauté finely chopped shallot or sweet onion in a bit of butter, adding potato diced small and water just to the top of the ingredients. I simmered the potatoes till tender, then added the oyster liquor and a nice splash of half and half (or you could use cream), simmering on low till the chowder was heated through. I seasoned it with salt and white pepper and it was ready to serve.